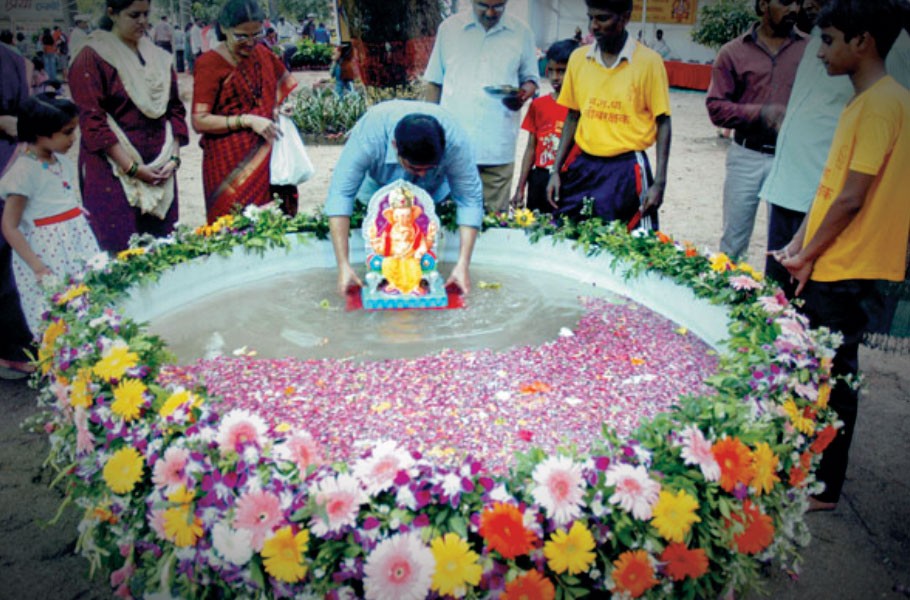 Every year in the month of September the city of Mumbai witnesses the grand reception of their much revered god, Lord Ganesha. Ganesh Chaturthi, a festival which has been almost branded as the “state festival of Maharashtra” due to its much popularity in the region. The festivity fervor which goes on for a period of 10 days, at last ends with Ananth Chaturthi, inaugurating the much- awaited event idol immersion, also known as Ganapati Visarjan. With slogans of “Ganapati Bappa, Moreyya’  echoing in the dust filled air of the city, the crowd give their deity a grand farewell with much pomp and show, before immersing it as an act of prime duty.

As the next day dawns, the gala subsides and the entire face of the city is quite a spectacle to see. Half- broken body parts of the idols strewn on the beach, a piece thermocol or polythene bags floating in the sea among other unpleasant sights.

But finally the city took a decisive step towards a better future in the year 2009. Artificial ponds were introduced in the city by the Municipal Corporation of Greater Mumbai (MCGM) and Navi Mumbai Municipal Corporation, with the objective of controlling the enormous amount of pollution generated on the occasion of Ganesh Chaturthi, every single year.

On the year of its inception, the ponds were received with a lukewarm response. The reasons being many of the inhabitants were still holding on to their customary beliefs and also wouldn’t think of compromising with the celebrations regarding their favorite deity. But five years down the lane, Mumbai is working towards the goal of a pollution free society with sheer determination and seem to be successful in it too.

Today, there are about 26 artificial ponds in the city so far, such as Pratiksha Nagar, Goregaon, Ghatkopar, Andheri, Kandivali and Vile Parle. They are divided into wards which are provided and have been categorized by the MCGM. The number of artificial ponds has been on a descending rate as more and more hands are joining towards an eco friendly approach towards the festival making and advertising the cause to the entire nation.

The artificial pond near Rajesh Khanna garden in Khar had more than 150 immersions per day, last year as compared to its preceding year when the annual immersions only came up to 200. The artificial pond near Joggers Park too, has been quite a hit with the residents who praise the efficiency of the municipality to clean the pond at regular intervals. Last year around 19,928 idols were immersed in the last three days of Visarjan.

The present figures seem to gear up the city of Mumbai for a very promising show this year, in terms of the more and more number of people including artificial ponds as a priority for environmental balance, at the same time breaking away from the primitive mindset and refusing to going through with age old traditions. 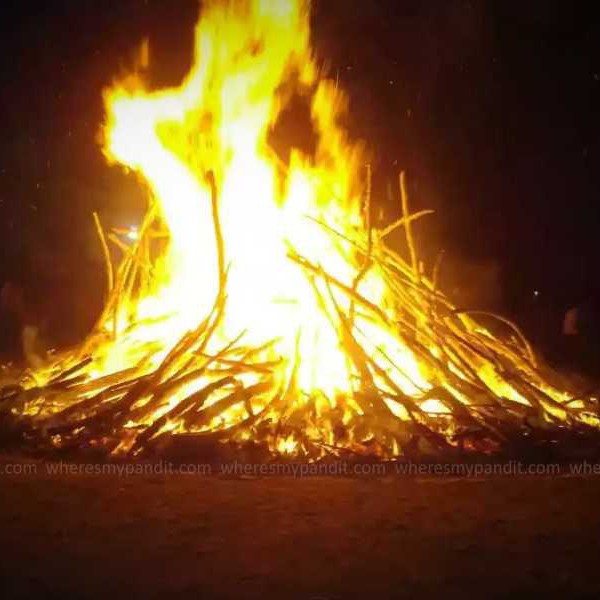 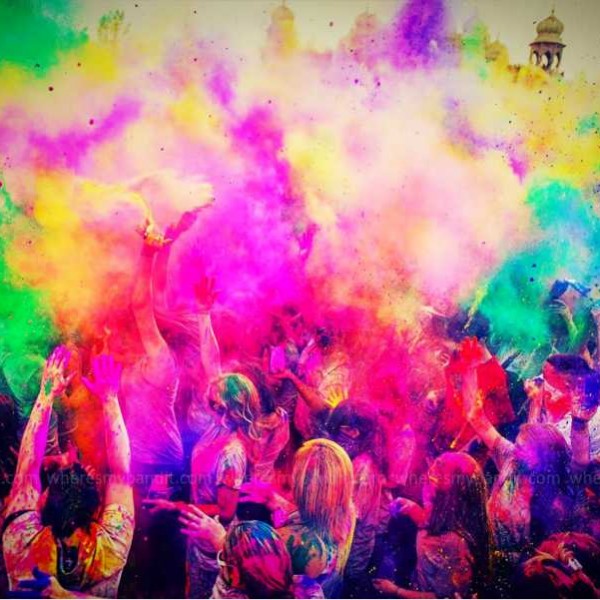 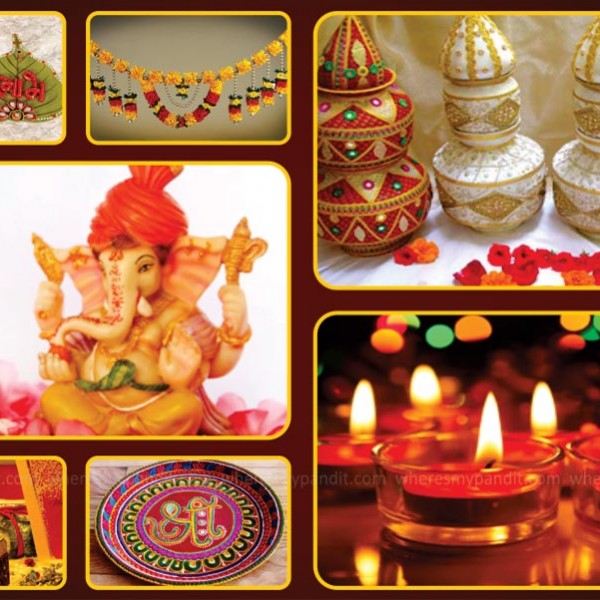 The Religious Store for All Your Wedding Needs