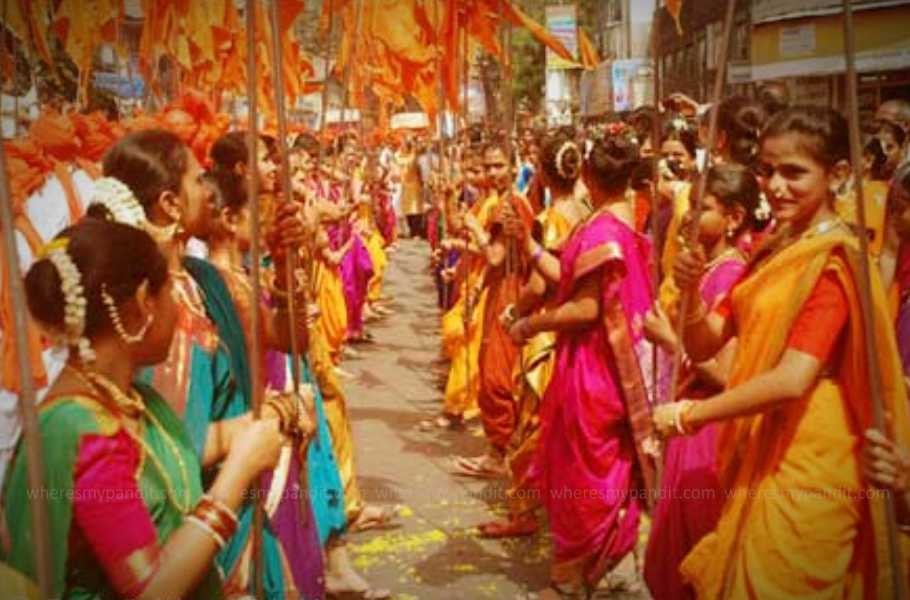 Who doesn’t like new things, new songs, new technologies or anything that’s new? Another thing that we can add to the list is celebrating the ‘New’ Year. Gudi Padwa is a New year celebrated primarily on the first day of Chaitra month to mark the beginning of the New Lunisolar Year as per the Hindu calendar. It falls during late March or early April every year. While the festival is known as Gudi Padva amongst Maharashtrians, it is celebrated across India under different names like Samvatsar Padvo in Konkan and Goa region, Ugadi in Karnataka and Andhra Pradesh, Chetichand among Sindhis and Navreh amongst Kashmiri Pandits. No matter what the festival is called, the essence remains the same – that it is time for auspicious new beginnings!

As per a famous legend, Lord Brahma re-created the Universe on this particular day. The world was completely destroyed after massive floods (pralaya) and he along with Lord Vishnu (in his Matsya avatar) gave a rebirth to mankind on this day. Hence the day signifies the day of new beginnings. A special flag, ‘Bhramadwaj’ is also hoisted along with Gudi to honour Lord Brahma for the creation of the earth.

One of the four ¬Yugs i.e. the Satyug, is believed to have begun on this day. Satyug, like its name, was known to be the era of truth and justice. As per Brahma Purana, the Hindu calendar carries an important period of three and a half days at the onset of Satyug. This period was known as the Sade-Teen Muhurat. Gudi Padwa marks the first day at the beginning of this Muhurat.

According to another legend, raising the “Brahmadhvaj” honors the coronation of Rama after his return to Ayodhya. Rama was crowned again a sovereign of the Kingdom on this day. The setting up of the ‘Gudi’ on the main entrance of every house symbolizes expression of happiness and a symbol of victory. ‘The victory of good over bad’.

This beautiful Maharashtrian festival is also associated with the Maratha warrior – Shivaji. Whenever he came home after winning a battle, people welcomed him with hoisted Gudis to celebrate his victory. Since then people associate it as a dispelled of evil.

Traditional Gudi Padva celebrations are carried out by people with great enthusiasm, following all the rituals to bring the prosperity and happiness in the new year ahead.

•    Gudi Padva celebrations begin with hoisting a Gudi just after the sunrise at the main entrance of the house over a Swastika Rangoli. The pole is kept slightly tilted.
•    The Bamboo pole is covered in yellow and orange ‘Brahmadhwaj. A Copper or Silver Kalash covers that pole on the top.
•    A Swastika is drawn with Kumkum on the Kalash for auspicious beginning and the ;ole is decorated with garlands of coconut and mango leaves with bright yellow flowers.
•    People bow to the Gudi to pray, chanting ‘Om Brahmadhwajaya Namah’ for prosperity and happiness in the coming year.
•    A Naivedya – Bhog, is also prepared to offer Lord Vishnu to be later consumed as Prasad.

You May Also Like:
Significance of Gudi Padwa – Hindu New Year
What is Gudi Padwa (Chaitra Shukla Pratipada) 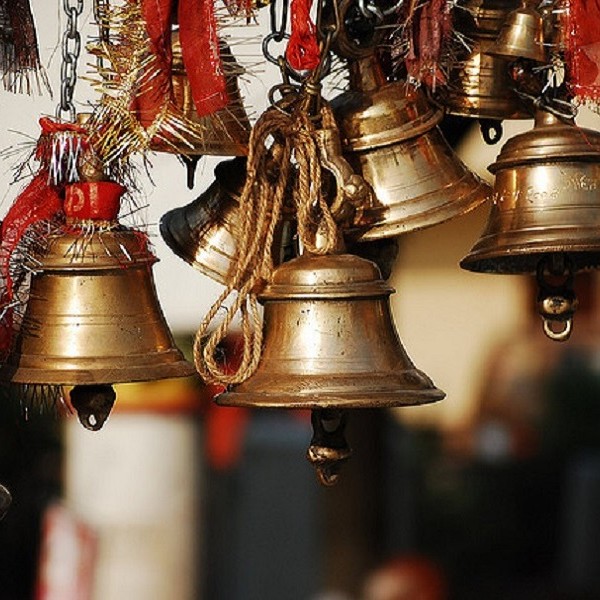 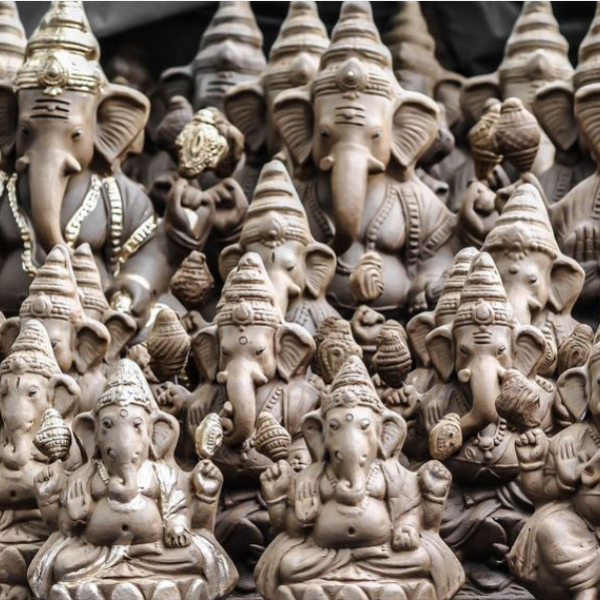 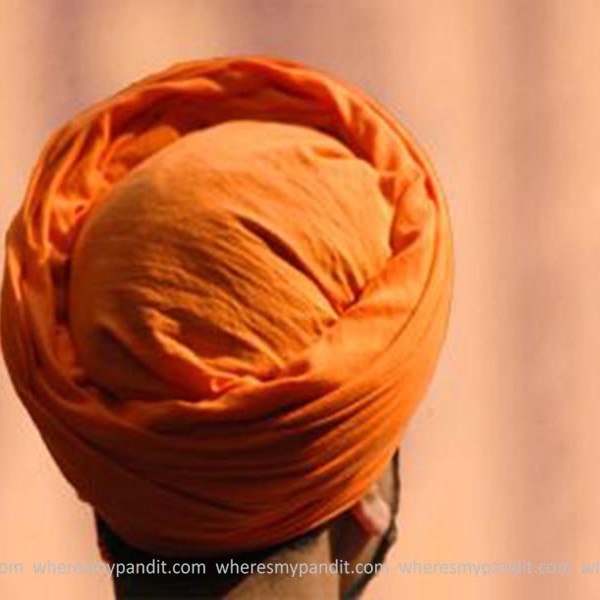