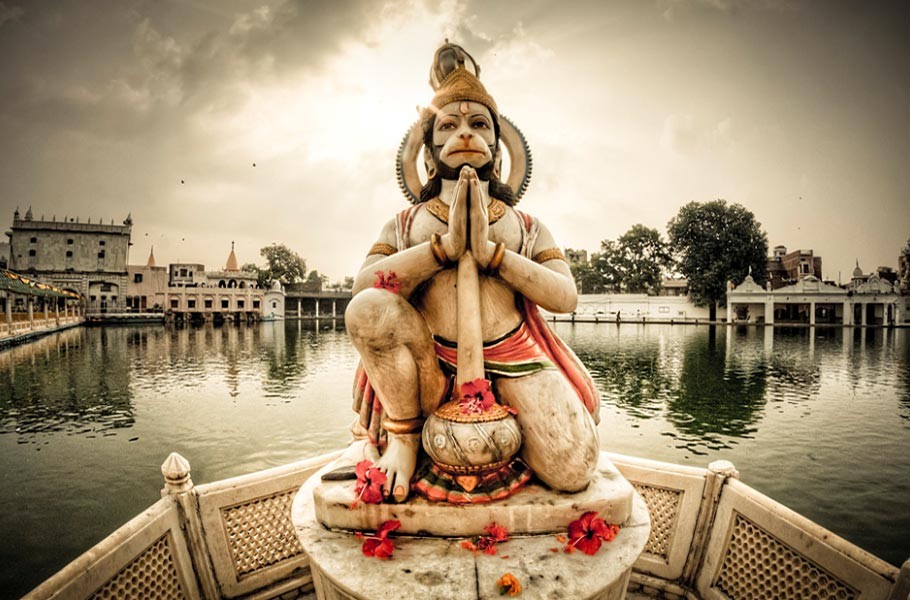 No other God embodies such faith. No other commands such reverence. He personifies devotion himself, just as he invokes it with the same vigour in the minds of his followers.

“I pray to Lord Hanuman, who is swift as a thought, and more powerful than the wind, who has conquered all the senses and is supreme among all intelligent beings. He is the son of the wind-god and commander of the army of Vaanara clan. Oh the messenger of Lord Rama, the unequalled Lord Hanuman, please accept me under your wing as I surrender my prayers at your feet.”

A reincarnation of Lord Shiva himself, Lord Hanuman was born to Vaanara clan. His mother Anjani was an Apsara who was cursed by a learned Vaanara – a monkey, meditating in a jungle. Amused Anjani ridiculed him and started pelting stones which angered the monkey.

“Stop you fool”. The monkey said in the high-pitched angry voice.” You shall pay for your arrogance. I curse you. You shall turn into a Vaanara this instant. Your angelic beauty will be gone and shall return only when you give birth to a Vaanara who will be Shiva’s incarnation.”

The curse turned Anjani into a monkey instantly. This made her repent and resort to meditation, going without food or water. Shiva pleased with her devotion granted her the child who will be his reincarnation. He ordered Vayu- the wind god, to bring Anjani some food. Vayu, with a swirl of the wind, picked the payasam kept at Raja Dasharatha’s balcony for his wife to beget a son and dropped it in front of Anjani. As she ate it, Vayu admitted that it was him who brought the child by bringing her payasam and that he is the rightful father. In due time, Anjani gave birth to Hanuman and returned to heaven with her resumed beauty. Vayu raised him as his own son. He is since fondly regarded as – ‘Vayuputra Hanuman’

Lord Hanuman’s devotion to Lord Rama is a pure emblem of service, proven with unwavered dedication to Rama all through his life. His legends in epic Ramayana inspire courage, undeterred faith and above all loyalty.

It is for his selfless and incontestable service, Rama bestowed him with a boon of being Chiranjeevi and said –

“I will forever be indebted to you for your noble and courageous deeds when you want nothing in return. You restored Sugriva’s kingdom to him and helped Vibhishana become king of Lanka.
You helped us win the war against mighty Ravana and even saved mine and my brother’s life.

I give you the boon of everlasting life. All will honour and worship you each time they worship me. Your idol will adorn my temples always and your glory will be sung before Mine.”

His heroic tales of valour and intelligence are numerous. Whether it is stuffing the whole burning sun in his mouth as a mischievous child or crossing over the gigantic waves of abyssal oceans to find Sita. Battling the army of soldiers alone to burn the city of golden Lanka to ashes or even moving mountains on his back across continents to bring back Sanjeevani and revive Rama and Lakshman. He renders the undoable possible, not only with his might but also witty mind.

One look at Lord Hanuman captures the hearts of devotees, with the heavenly stillness on his face and the unmistaken storm in his eyes. His name crushes all the fears in the mind as he vows to protect truth and just against all adversity.

He is aptly called ‘Mahaveer’ – The bravest of the brave. 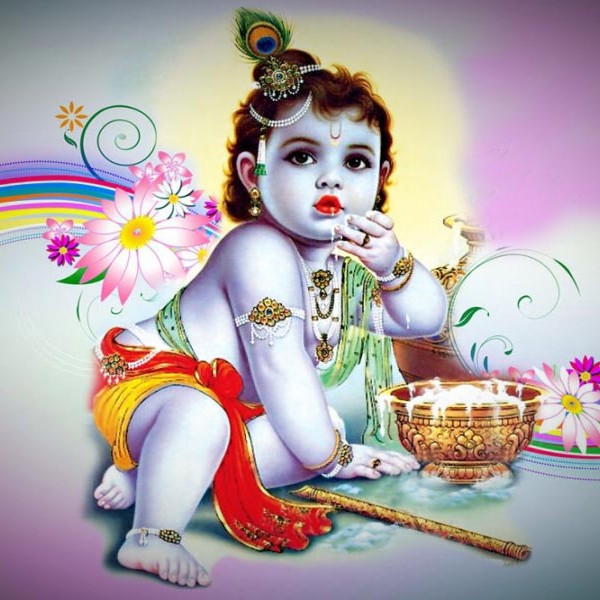