It's hard not miss out on the festive fervour of the birthday of the most adored Hindu deity – Shri Krishna. Krishna Janmashtami is celebrated as the birthday of Lord Krishna. It is known by different names such as Saatam Aatham, Janmashtami, Ashtami Rohini, Gokulashtami and Krishnashtami. This beloved Hindu deity is worshipped in both childhood as well as grown up form. He incarnated as the eight avatar of Vishnu on Earth some five thousand years ago. Devotees choose to undertake fast, adorn their houses, concoct delicacies and offer worship in the form of puja. Krishna Janmashtami takes place on the 8th day (Ashtami) of the dark fortnight (Krishna Paksha) in the month of August-September (Bhadrapada).

Centuries ago, there was widespread evil in the small town of Mathura. Lord Krishna was born to Vasudev and Devaki, to kill the evil Kansa according to a prophecy. Kamsa, who had wrongfully ascended the throne, imprisoned Vasudeva known and Devaki knowing that he would be murdered by their child. Therefore, one after the other, their new-born was killed off. Krishna was the eighth son. And during his birth, Vasudev manage to sneak successfully out of the prison and crossed the Yamuna and finally reached Gokul. There he exchanged his baby with that of Nanda's and left for Mathura and locked himself in a cell. When Kamsa went to kill the baby, she slipped out of his hand and told him that he will meet his death at the hand of Krishna and called Kamsa a foolish man while rejoicing about his fate. She was none other than the holy river Yamuna.

A simple Krishna Puja is held during this occasion. The Gokulashtami Pooja vidhanam is as follows:

Dahi Handi is a ceremony that takes place during Janmashtami. Here, the matka is filled with dry fruits and ghee. It is hoisted some feet about the ground. This is followed by making a human pyramid; where people climb one over the other till one person can reach the earthen pot. Once they reach the pot, the matka has to be broken. The significance behind this act is that it is believed to remove all negatives and shower one with happiness. 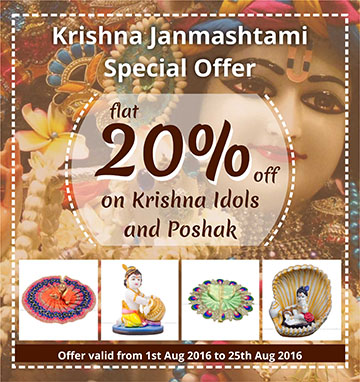 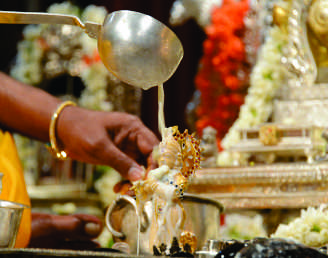 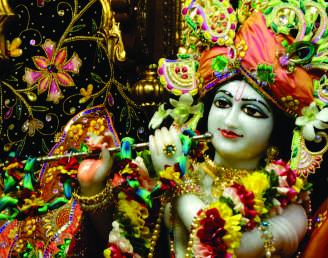 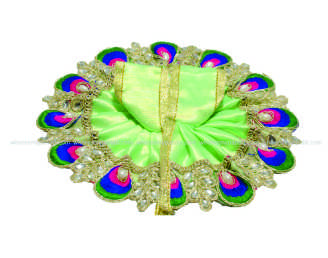 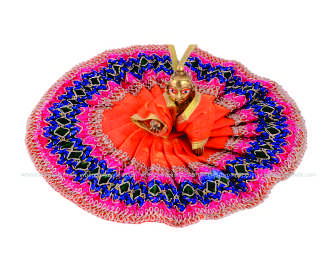 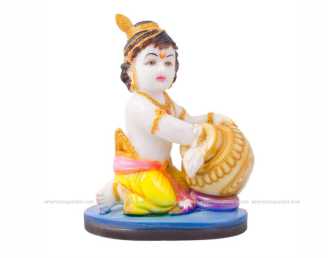 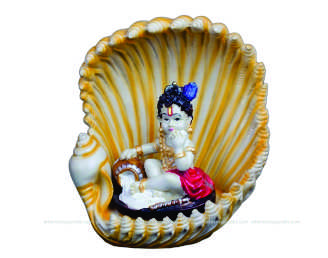